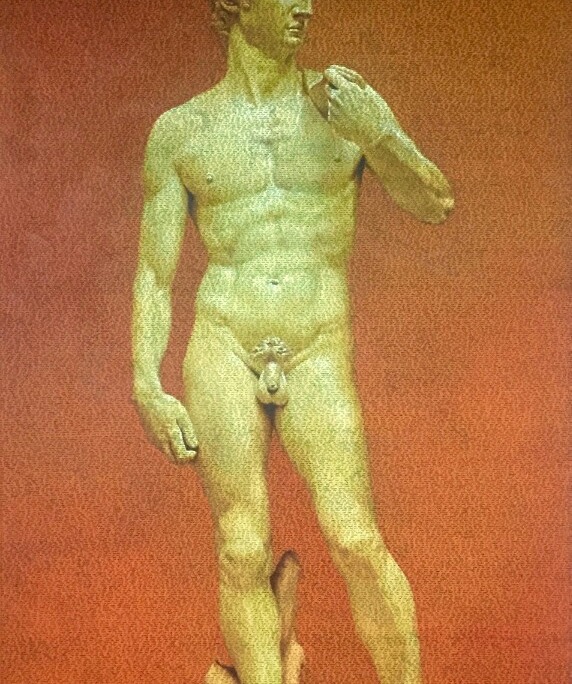 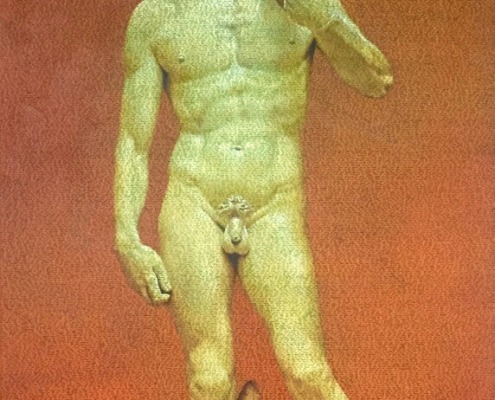 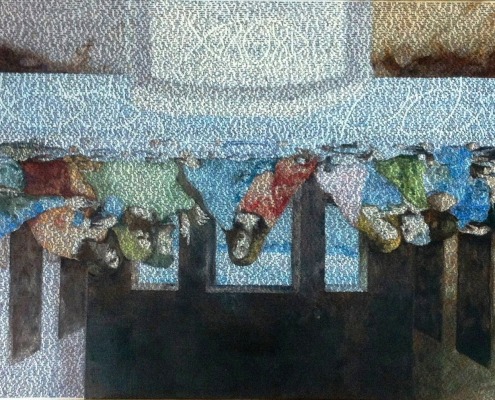 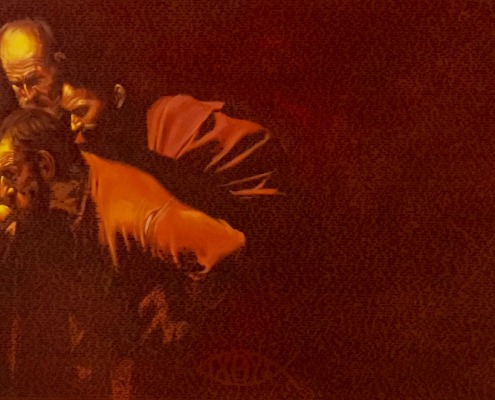 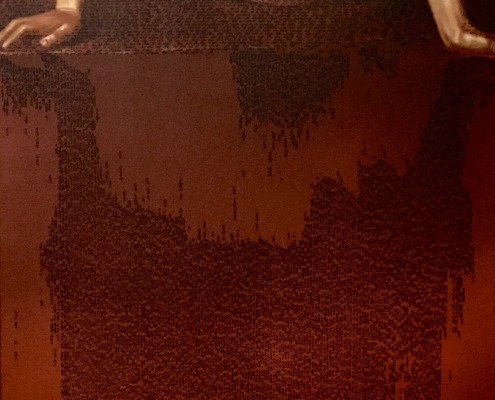 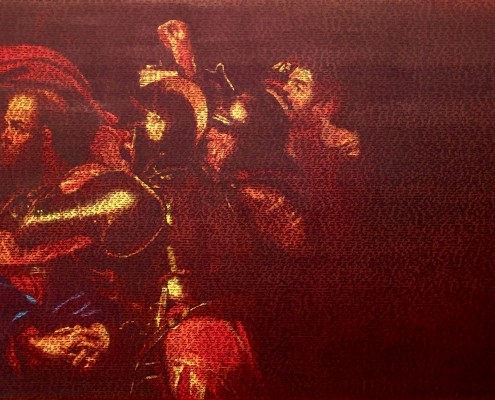 Kim JunHyung paints the Doubting Thomas by Caravaggio with oil painting. After that, he writes the Bible with ink pen. In this painting, he writes John. And then, you can realize ICTUS mark, in painting. The ichthys or ichthus (/ˈɪkθəs/[1]), from the Greek ikhthýs (ἰχθύς, “fish“), is a symbol consisting of two intersecting arcs, the ends of the right side extending beyond the meeting point so as to resemble the profile of a fish. It was used by early Christians as a secret Christian symbol and now known colloquially as the “sign of the fish” or the “Jesus fish.” When he makes Ictus in his painting, he has to calculate it.

If someone needs Chinese, English and anything else language, he can order it.