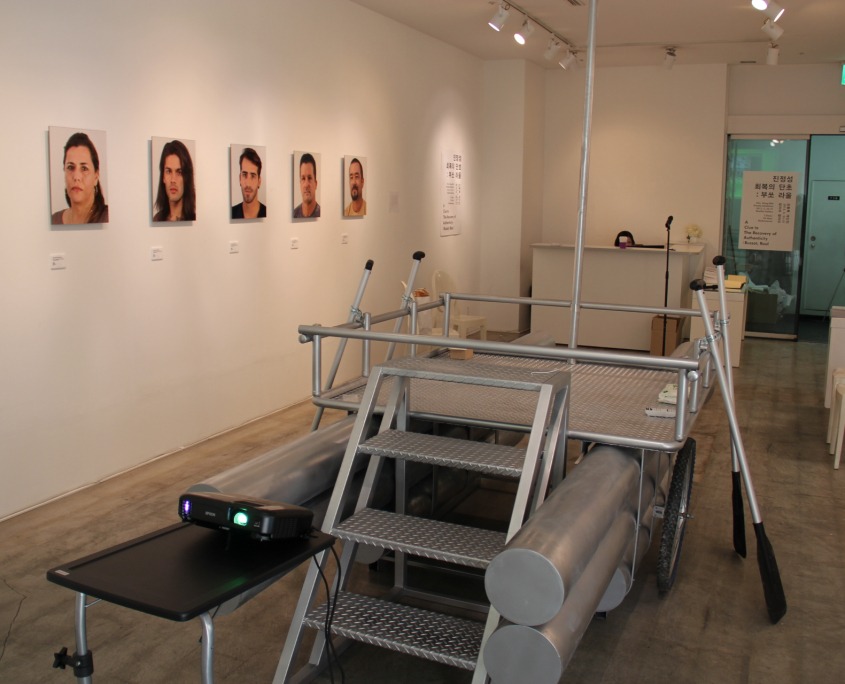 1. Preparation of the Exhibition 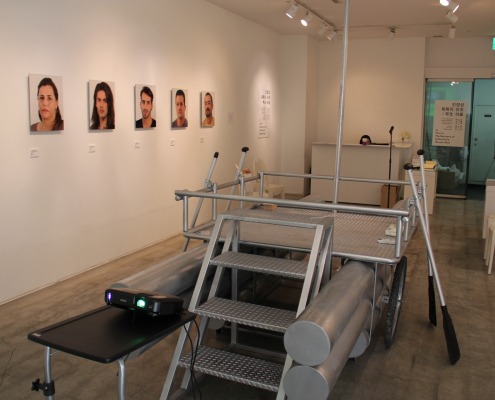 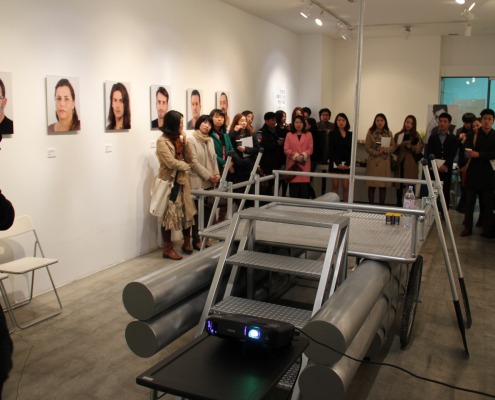 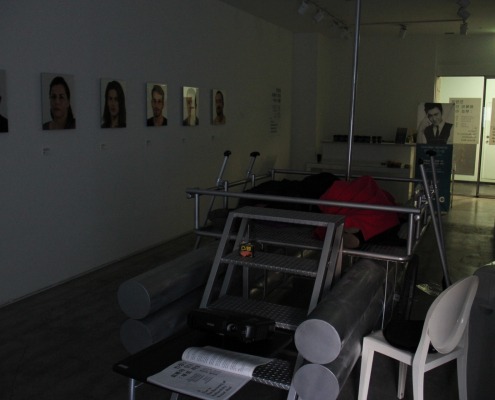 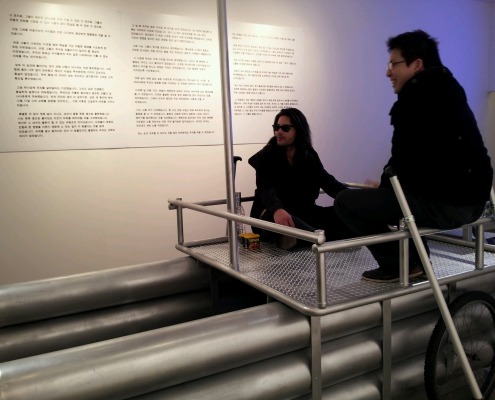 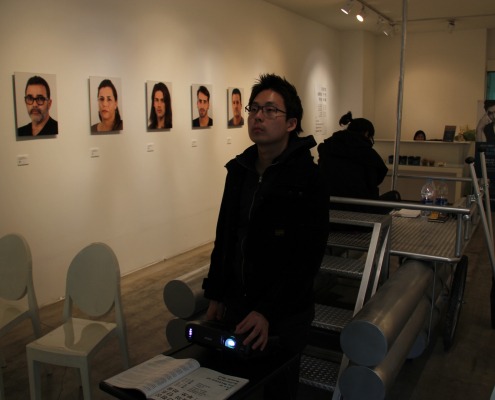 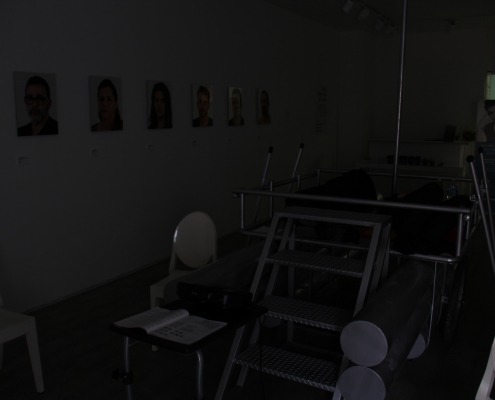 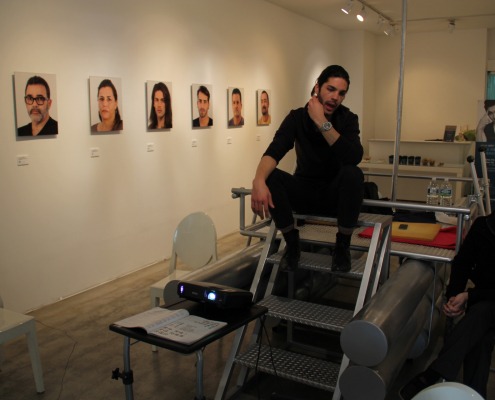 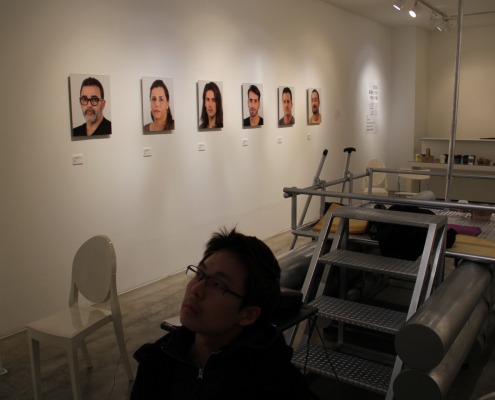 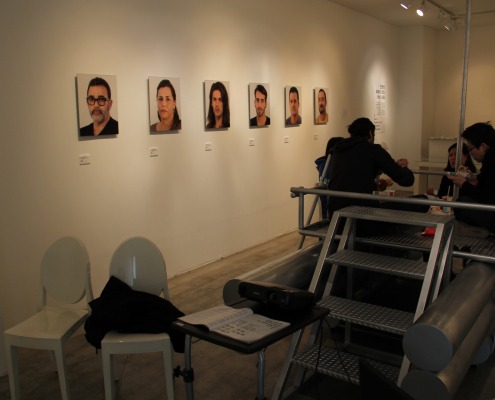 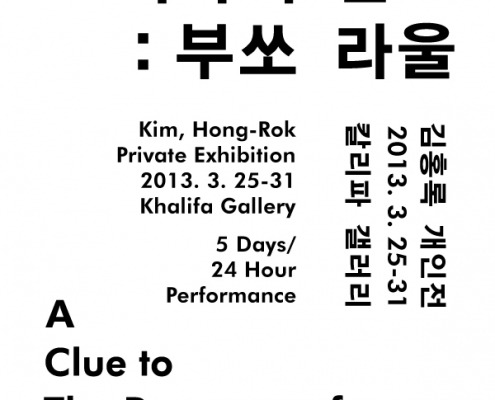 A Clue to The Recovery of Authenticity : Bussot, Raul

Raul Bussot was 5 years old when his family decided to escape Cuba, so he doesn’t remember the details very well. He remembers his father and two friends assembling a raft in a mangrove forest under the cover of darkness. He remembers pushing the raft to the beach while keeping an eye out for the Cuban Coast Guard. He remembers huddling together for warmth out on the ocean. He also remembers being most excited about watching cartoons without power interruptions. However, shortly after leaving they got caught in a torrential storm and blown off course into the open ocean. They drifted for days, not knowing their location, not knowing if they would survive. On the fifth day, running low on provisions as well as strength, they saw lights in the distance and were eventually rescued by the US Coast Guard.

Now twenty years later, Artist Kim Hong-Rok got to know Raul and sought to recreate that experience in a piece called A Clue to the Recovery of Authenticity: Bussot, Raul, which ran for five days at Khalifa Gallery in Cheongdam, Seoul. In preparation of the piece, artist Kim built a replica of the same size and shape, aluminum raft that Raul’s father had built back in Cuba and installed it in the gallery. In preparation of the piece, They then “sailed” the raft for five days, living and sleeping on it for the entire duration, eating and drinking only the same provisions that the Bussot family had on their original journey: Spam, chocolate, and water.

The timing and location of the work is meaningful as well. The relationship between the US and Cuba has, in the past, shown many similarities to the relationship between North and South Korea. Because of the tension between the two countries, South Korea often struggles with how deal with North Korean refugees that make similarly harrowing journeys to freedom. Despite a common language, refugees often feel isolated, and fall into the nation’s underclass.

Although Bussot family’s story is one of a Cuban refugee, through the relational aesthetics of art, the refugee experience becomes universal.